I'm posting these pictures today with a heavy heart.  The first picture shows me with the GREATEST POODLE WHO HAS EVER LIVED!!!!  Paris was about 12 years old when this picture was taken and you can clearly see how bald I was.  The second picture was taken just a few weeks ago when Paris was 14 1/2 years old and had just had major surgery to remove a cancerous tumor in her intestine.  She died a couple days later.  It was the saddest day Michele and I have ever spent.  She meant so much to us and we still miss her so much.  Anyway....you can clearly see the difference in my hair growth. 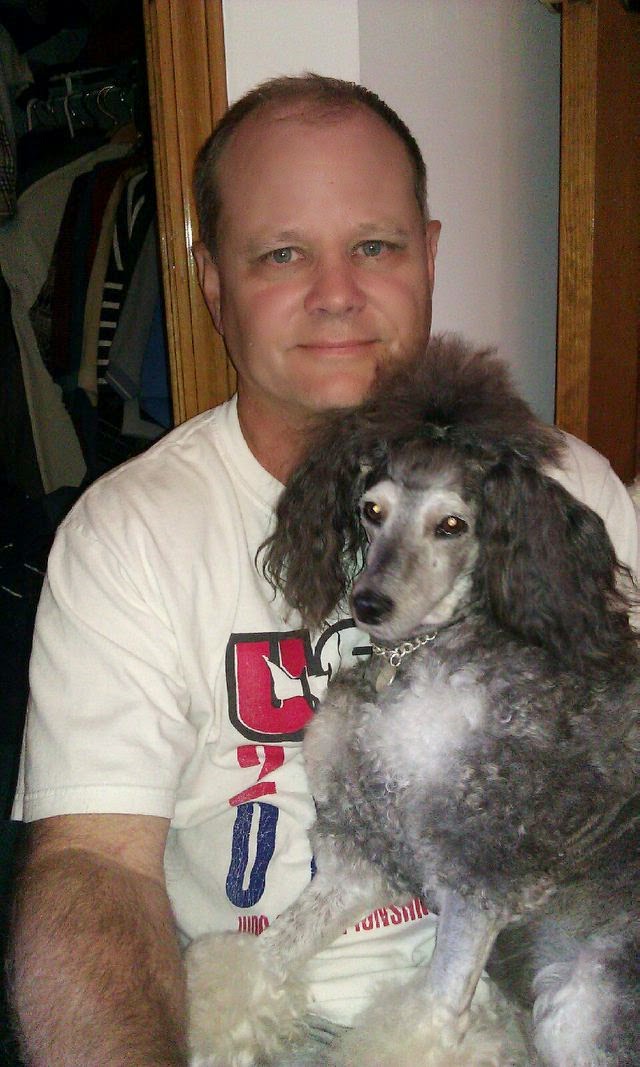 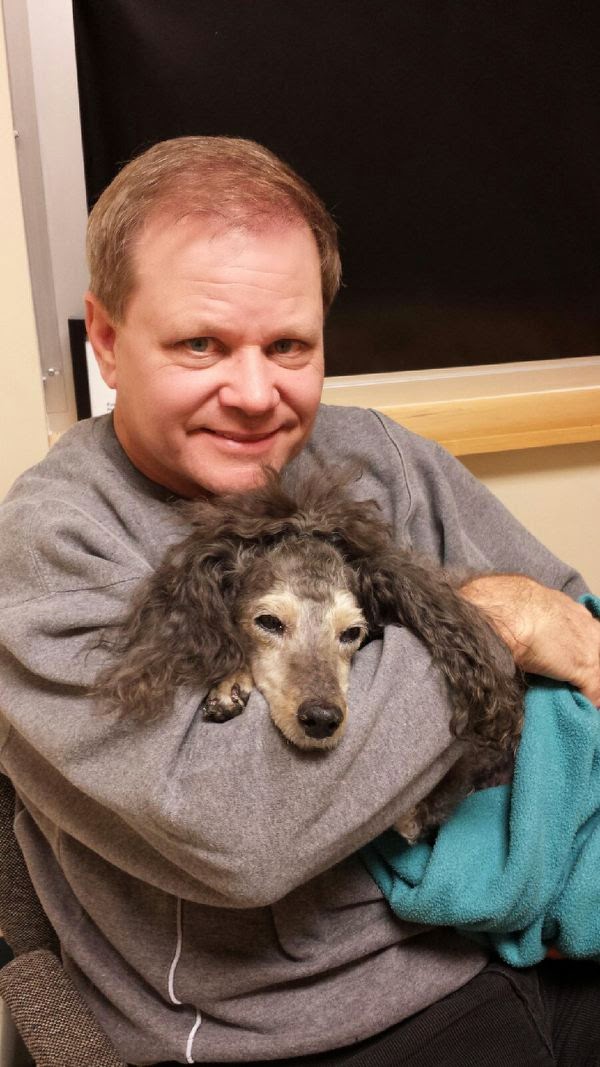 It's March Madness in college basketball!!!  As you know....I live in Louisville Kentucky which is the home of the National Champion University of Louisville Cardinals!  The year before (2012), the University of Kentucky won the national championship!!!  So....don't mess with our state when it comes to basketball!  The picture on the left was taken during the first U.L. vs. U.K. game at the new Yum Center here in Louisville.  The picture was taken the year I had the hair surgery.  Price Jacobs was a college room mate and came up from Atlanta to visit and attend the game.  The picture on the right was taken on a recent trip to Las Vegas. Two great sports venues!  You're looking at the 18th green at the golf course at the Wynn Hotel on the Vegas strip!  It costs $500 a round!  You guessed it.....we only had lunch there!!!! 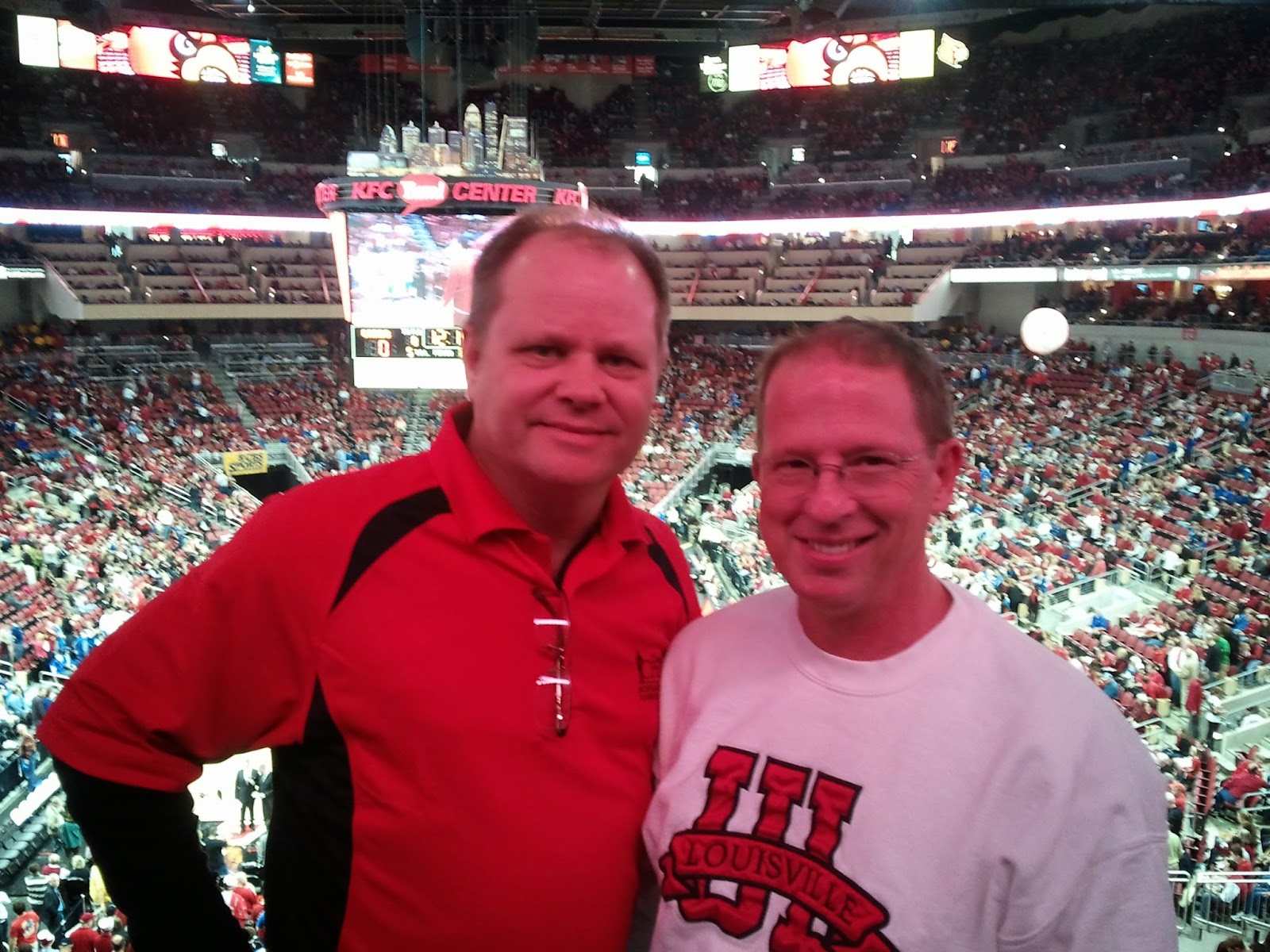 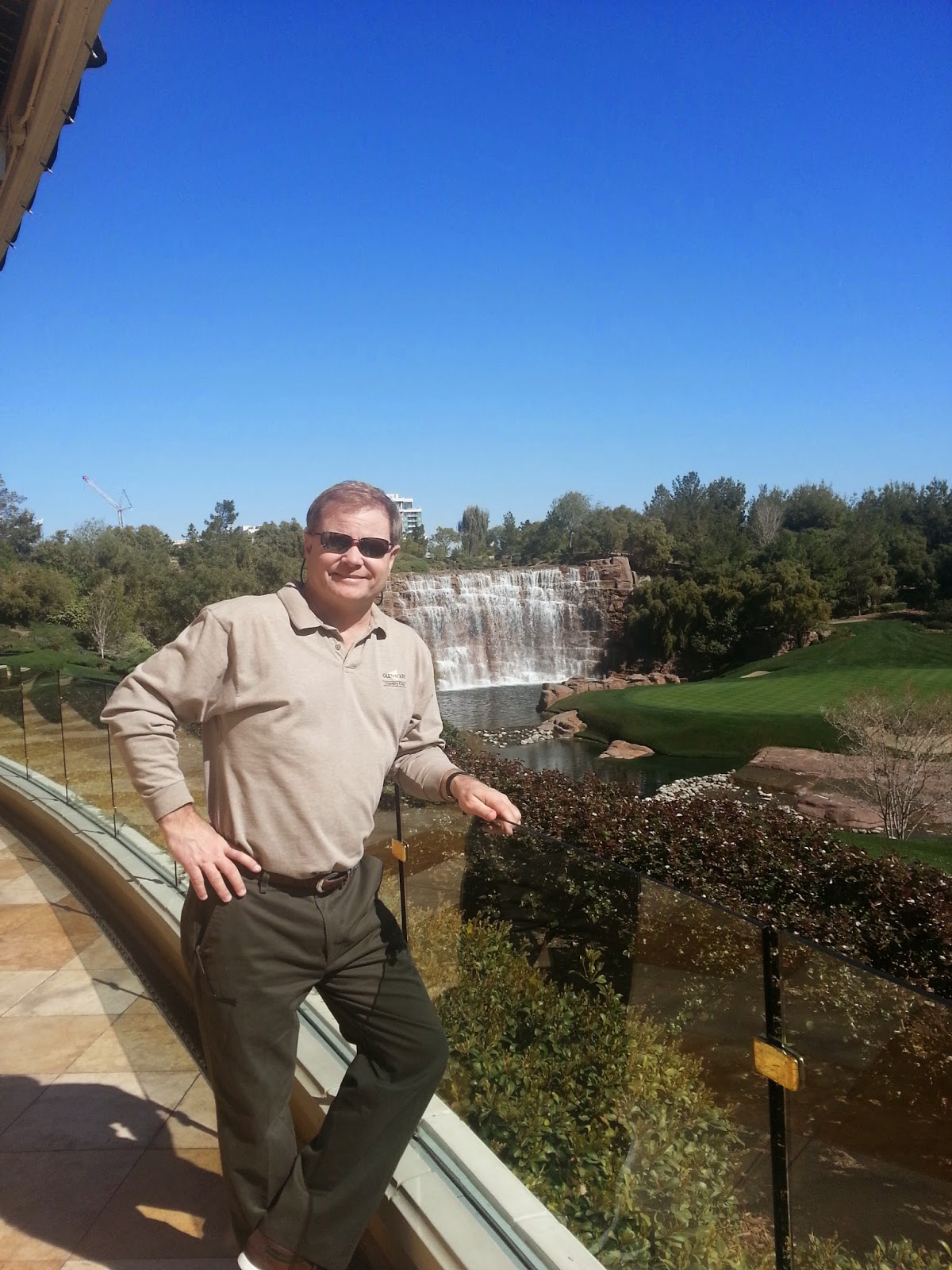 Today I'm including a couple pictures of the back of my head.  My crown area was VERY bald in September 2012 and its still thin but much better. 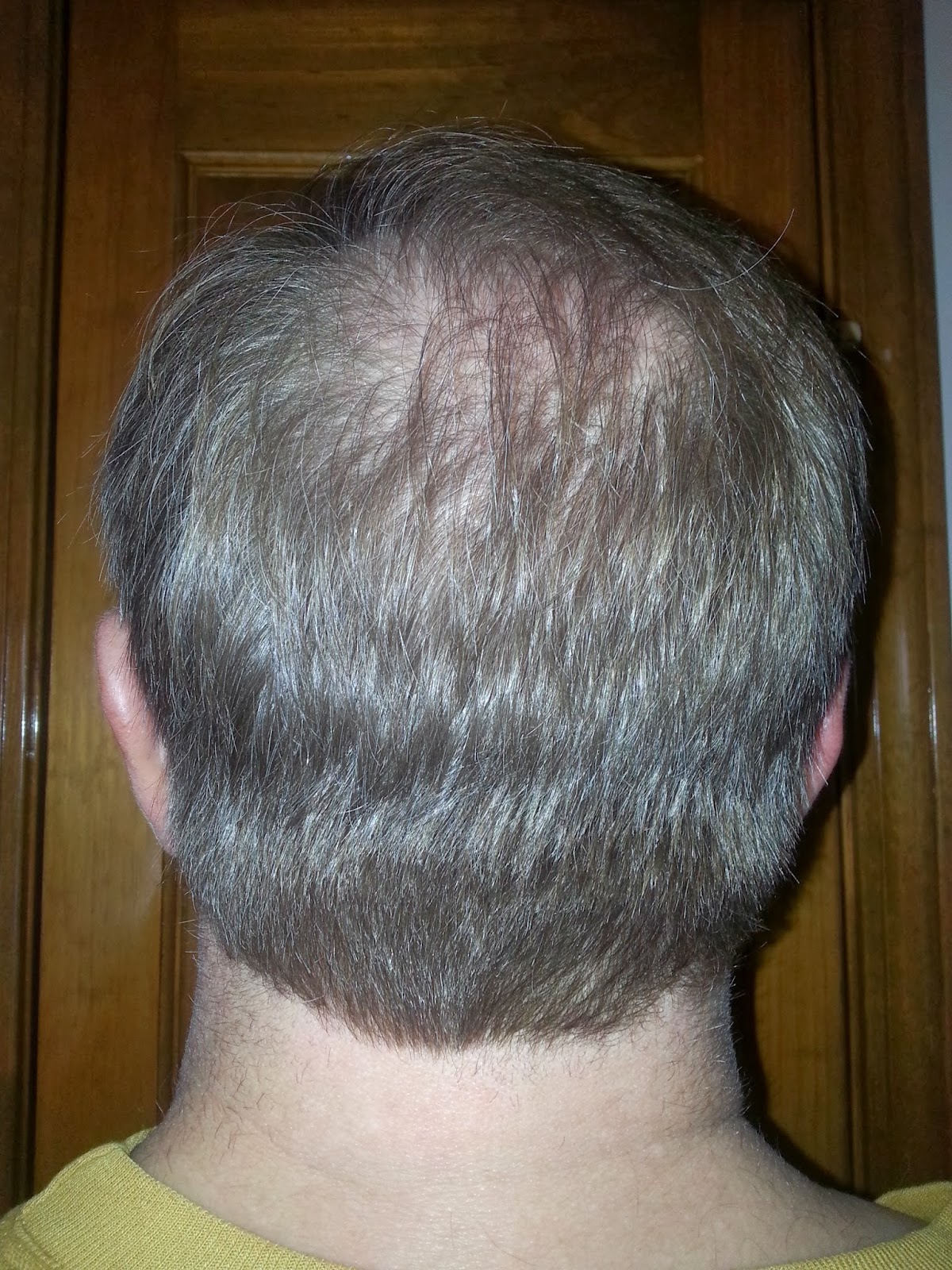 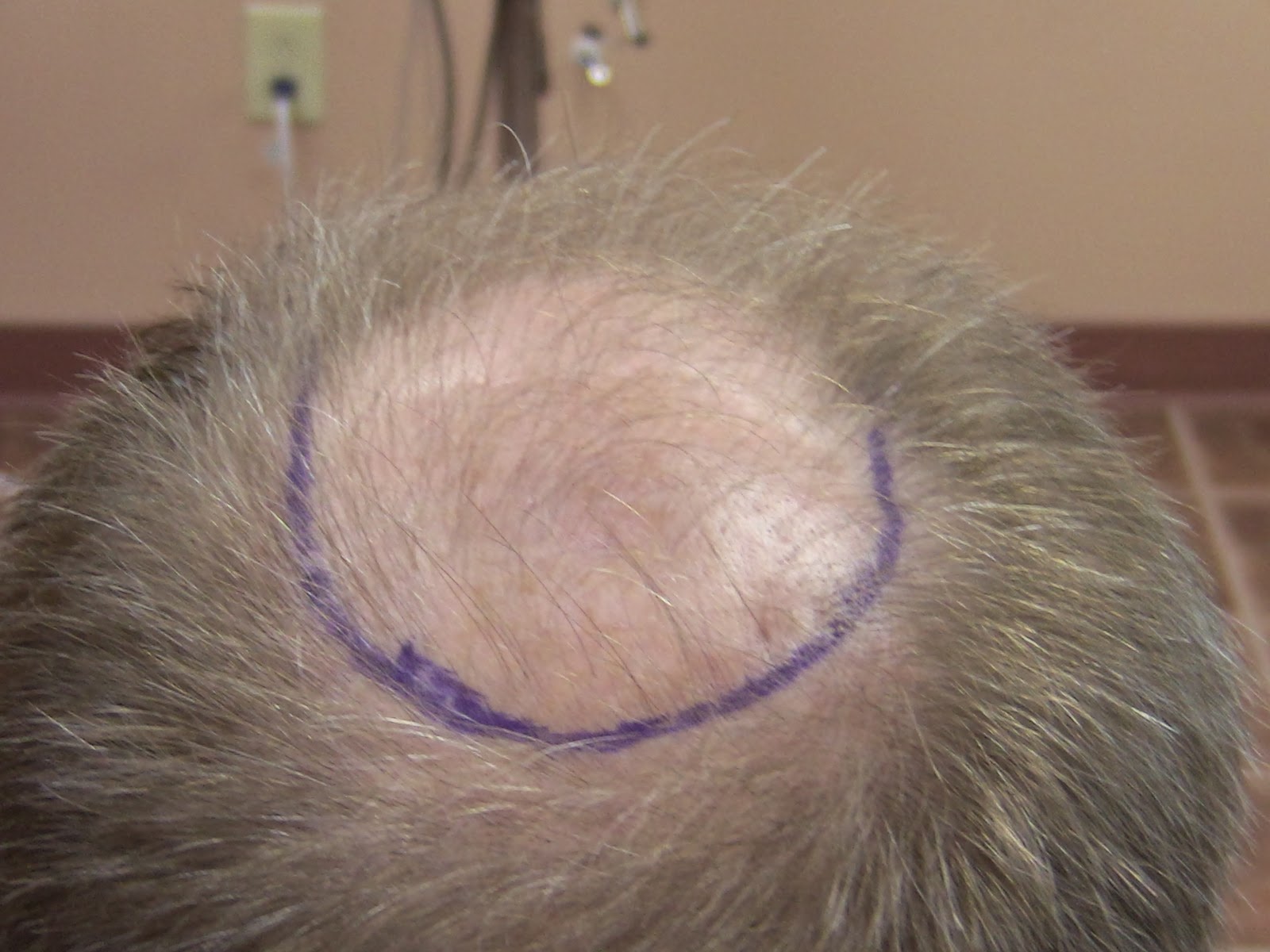