Several weeks ago Dr. Vories was in Kentucky and visited his home town of Carrollton which is only about 50 miles from Louisville, which is where I live.  He called me and invited me to lunch and wanted to see my hair.  It was the first time he has seen it other than my blog pictures since we were invited to the International Hair Surgery convention in the Bahamas five weeks after my surgery in October of 2012.

He was very pleased with my progress but was not entirely happy with an area near the front.  He also shared with me that a great majority of his consultations have been viewing my blog on a regular basis for a long time.  Because of this and the fact that so many patients have had surgery partly based on my results, he offered to "thicken-up" an area near the front.  He called me the next week and said he had an opening in September and would like to spend that day filling in some areas that appeared thin to him.  Since he made the offer, I quickly accepted and plan to spend a day at Carolina Hair Surgery in September!

Dr. Vories also took a few pictures that day in Carrollton.  I'm posting one of those pictures today along with another photo Dr. Vories took the day of the surgery in 2012. 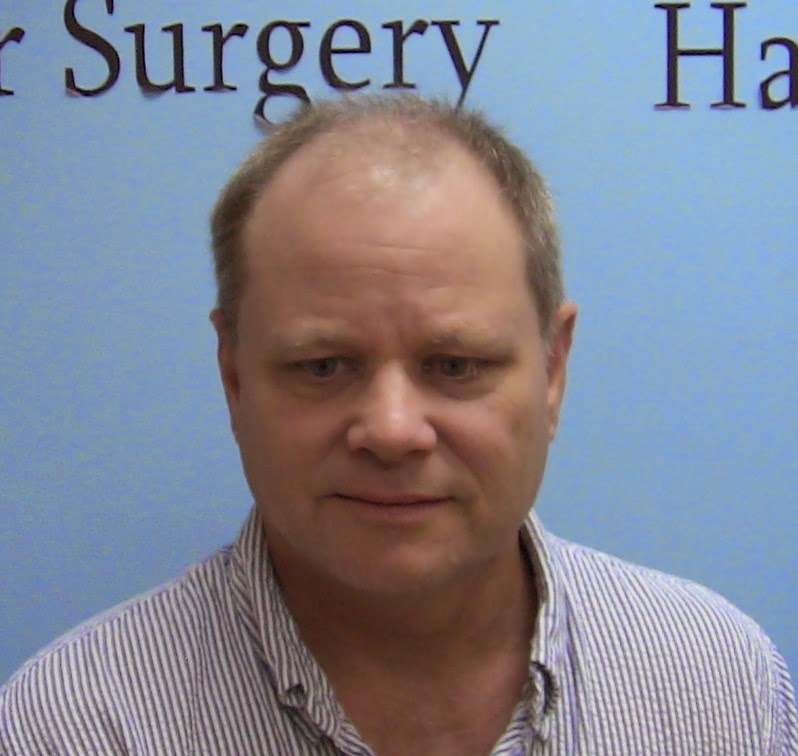 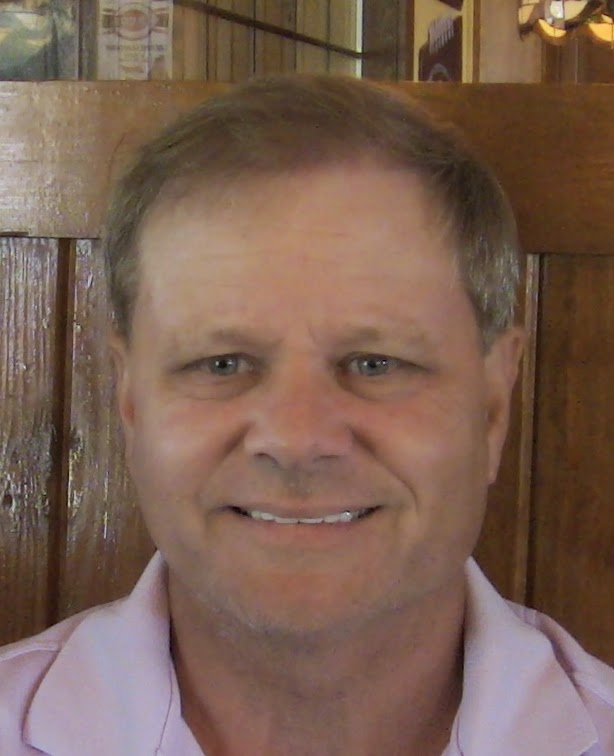